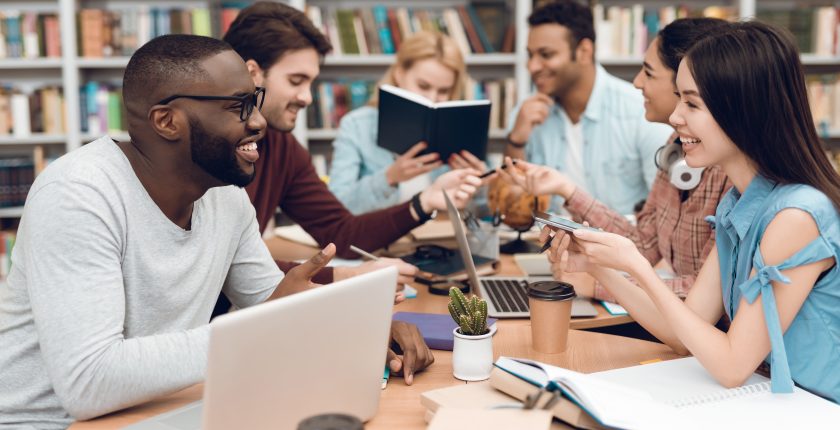 What are the top trends in technology used within Educational Systems in developed countries?

Whatsoever we have been reading and hearing so far related to upcoming trends in technology being used in education is meant solely for viewers in industrialized nations, or for people in more upscale areas in various parts of the world, and this is based largely from the information and research gathered from those places. Working for a tech company and meeting with lots of interesting and geeky people with awareness of what the future lies ahead in terms of technology is a great benefit in itself.

Being part of the tech industry, we often come to a dialogue where we are reminded about what are the recent trends that we are noticing and worth discussing about. This brought me to a conclusion to talk about a few interesting things for a bigger audience.

What is included in the list does not necessarily mean that it contains everything good…what we know is that it is relevant and interesting in some way for readers and interested parties. Most of the things being discussed, has usually been brought forward with personal experiences, and data that is being collected through various sources. Some of these trends have been widely  noticed and adopted by advanced countries for a length of time and now they are slowly creeping into less economically immuned countries.

Few years back there was a huge hoopala and excitement about laptops which were low cost for students in the developing countries, starting in 2012 much of the marketing efforts that were put for laptops was taken over by large scale efforts of putting tablets in the hands of students. In majority of  emerging and advanced countries, there are scores of iPad in educational schemes and programs, whereas countries which are in the developing sphere, must be talked about the use of low cost Android tablets or very easy to use e-books readers. Major concentration and investment is being made in countries like Malaysia, Thailand and  Turkey to buy thousands of low cost tablets which is making a huge wave towards the adoption of technology.

2. The explosion of Social Network.

One of the major uses of Information Technology is the abundant use of social networks in developing countries among students and teachers ( specifically Facebook and Instagram ). In certain situations we have come to know that schools and educational systems have curtailed the use of social media and have used filters on their network (Many schools are now having an official presence on Social media, especially Facebook to communicate and reach out to a wider audience). Outside the school system, this experience is quite common by students, and for certain schools, social media is being used to prep kids for homework.

There is a constant effort being made to translate  Udemy.com or Coursera or other content produced by developed countries to be translated in other languages for underdeveloped nations. New tools are being utilized to create content in other languages which can be used for wider audiences. It is widely accepted that the language barrier has to be brought down and the way to do so is to adopt technologies like google translate, AI and Chatbot to penetrate international students.

It is now being universally recognized, specifically by developed nations on the impact of how safe the content is, and the issues related to it. Educational decision makers in developed countries  are now reaching out to schools, who can play an important role to filter out content that is not advisable for kids and teens. Action is being taken by schools, putting a tap on activities which are irrelevant to kids education and syllabus, and getting the technology involved through cyber safety regulations, namely web filtering softwares and firewall tools to block access to contents.

There was a time when efforts were made to introduce computers in schools at Secondary level in developed countries. Why Secondary schools, because it was realized that the students in this section were older and would be able to grasp the technology faster, also, the other reason was of security and break ins. Teachers at that level would be able to understand faster on the instructions and also be able to handle the situation in a timely manner.  Now it is not a hidden fact that many  schools and educational systems are utilising the use of technology at an early age, from primary level and early childhood development stage.  Early childhood development is the next area that is being tapped by tech companies as well to introduce technology, and it is not going to stop there. ICT devices are put in place so that kids can adapt to gadgets at an early stage, which in return gives them better ability to think and act at faster speed.

Many countries are actively moving towards a process where they can ensure that education is for all, and many of them are moving towards signing up to a convention for the rights of chile. There is still a long mile to go, before structure is in place for Special Education Needs kids, who will be able to participate in activities at par with other children through formal or informal schooling. As technology is advancing, IT is being aggressively being introduced into schools in large numbers. Many developed countries are ensuring that Special Needs kids are actively engaging with technology, which in fact is a great way to  stimulate their thinking process and make them more agile and active in participation in activities.

8. The emergence of Big Data

As information is getting bigger and digitized, and with more people having access to devices, there is an acceptance that such data can be extracted in ways that can be relevant to concerns facing by key decision makers in the educational sector. There is also a development and consensus that data should be open and readily available to be used by the public in generally accepted format.

To bring to readers attention, one sector where activities can be recognized and materialistically accepted is the use of data tracking students and teachers. A widely published report brought into view, where Intelligent Uniforms using chips can be given to kids at school to track their attendance. This system is not just about students anymore it can also be utilized for teachers recording their participation in school activities and their presence.

The acceptance of technology in school and use of data to streamline processes is becoming the next big thing. Educators are realizing the importance of how the data can be materialized and invested to make things more agile and to reach commoners.

It is about time  new and emerging technologies can penetrate into developing countries and can create marvel for students and educationalists.