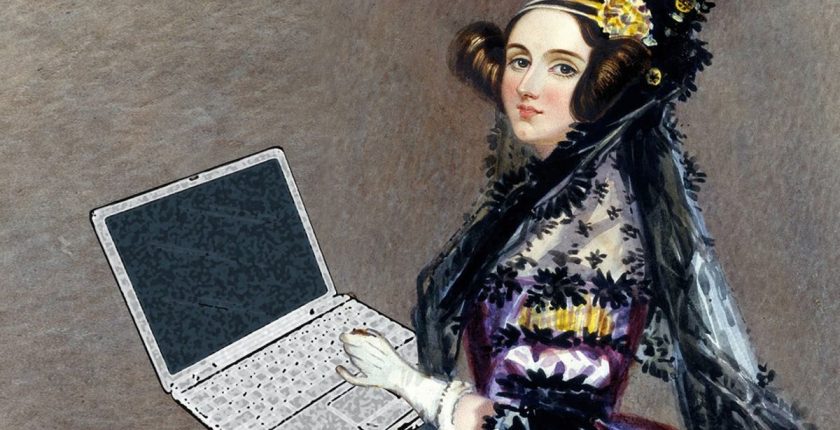 When we talk about programmers being male… it statistically looks right on the whole.

It is a universal fact that there is gender imbalance in Tech, as just 18% of computer science grads are women.

During the 1980s, the situation was a bit different, 1984 we had 37% of female graduates in tech, who marvelled in computer programming and other related cadres. The only down effect was that they did not match the  profile of Steve Jobs or Bill Gates.

In order to restore the balance and give a fair share of credibility to our women coders and techies, we move on to measure,mark and celebrate the 5 great female coders. Many of you might know them, but definitely, one will be a surprise to you all!!

She was the first child of Lord Byron, who became infamous for his poetries. He exemplified the aristocracy to a very high level and was thought of as mad and chaotic. Her mother was keen to keep her aside from these dangerous poetic tendencies and nurtured her exclusively in Mathematics.

Strange as it may seem, but Ada found poetry in numbers. She went on to translate an article on an analytical machine, that was written by her friend and mathematician Charles Babbage. Apart from translating the article she added notes on how the machine would work and what it is all about.

These notes, written by her back then were considered the first algorithm, making her the first computer programmer.

Jean Jennings Bartik – One of the earliest Software Engineers.

After her death, New York Times mentioned Jean Bartik as “ one of the first computer programmers and pioneering forerunner in technology, that we came to know as software”

Jean was the last surviving group of six female mathematicians who programmed the Eniac, or Electronic Numerical Integrator and Computer, the first electronic digital computer. It was built by Allies during Second World War to calculate the trajectory of shell, which took 30 seconds to measure, while  humans took 20 hours to work on it. It was a major milestone at that time and it is still considered in modern computing.

Grace Hopper -As they called her “The Queen of Software”

Grandma Cobol or Queen of Software was the name given to her, Navy Rear Admiral Grace Hopper reformed and changed the way we talk to computers. Usually, computers talk in Binary Code – ones and zeros are hard to read by humans, and hence Grace derived and suggested a way where programmers can write the code in english or closer to it, paving ways to new and exciting ways. Her work led to the development of a language called COBOL, and amazingly 53% of the companies that were surveyed in 2012 were still using COBOL to build new business applications.

Marissa Mayer -From Programmer to CEO

Even before she became a CEO of Yahoo! Marissa Mayer, at the age of 36, had done some pretty amazing stuff. After graduating from Stanford in 1999, she got engaged with Google, which was still a startup. She was their twentieth employee and first female engineer. During that time, with her association with Google, she managed some very successful products for them which included Google Maps, Gmail, Google Earth and Google News.

Lyndsey Scott – Being a Model/Actress/Coder

When you talk about Supermodel, Coding and an Actress, only one name comes to mind and that is of Lyndsey Scott. She had worked with Top fashion brands like Gucci and Louis Vuitton, and was the first African-American to become Calvin Klein Exclusive during fashion Week.

On the other hand, when she is not under the camera lense, she is busy on her laptop, doing coding. She spends half of her time programming IOS apps for clients. Many of her apps are available on app stores which include Educate!

This is no surprise that Forbes once called her: The 29-year-old stunner who cracks computer codes… and stereotypes.